Modbus protocol is a data communications protocol originally published by Modicon (now Schneider Electric) in 1979 for use with its programmable logic controllers (PLCs). Modbus protocol has become a de facto standard communication protocol and is now a commonly available means of connecting industrial electronic devices.

At the message level, the Modbus protocol applies the master-slave principle
even though the network communication method is a peer–to–peer. If a controller
originates a message, it does so as a master device and expects a response from
a slave device. Similarly, when a controller receives a message, it constructs a
slave response and returns it to the originating controller. 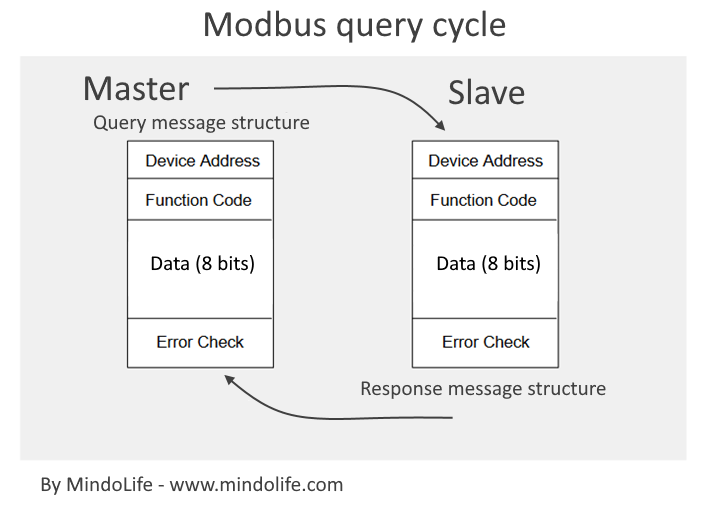 The function code in the query tells the addressed slave device what
action to perform. The data bytes contain any additional information
the slave will need to perform the function. For example, function code 03 will
query the slave to read holding registers and respond with their contents. The
data field must contain the information telling the slave which register to start at
and how many registers to read. The error check field provides a method for the
slave to validate the integrity of the message contents.

If the slave makes a normal response, the response’s function code echoes the query’s function code. The data bytes contain the
data collected by the slave, such as register values or status. If an error occurs,
the function code is modified to indicate that the response is an error response,
and the data bytes contain a code that describes the error. The error check field
allows the master to confirm that the message contents are valid

one master that controls the Modbus data transactions with multiple slaves that respond to the master’s requests to read from or write data to the slaves.

A standard Modbus serial network has one master and as many as 247 slaves, each with a unique slave address. Modbus TCP is typically implemented on an Ethernet network, and data transactions from a Modbus client are directed toward a Modbus server via an IP address.

The following object types may be provided to a Modbus server by a Modbus client device:

The Modbus Slave reflects its state using these datatypes; you can think of it as a simple database with four tables.

For example, suppose we are the manufacturer of a sensor that measures humidity and temperature. In that case, we might choose to reflect the measured values using to addresses of the Holding register table:

The other “Tables” values are not in use.

Now any Modbus master connected to our sensor can quarry these two registers at any time to get the sensors measured values.

Let’s try it out

To stimulate a connection between a Modbus master and Modbus slave, we’ll need to download two software: 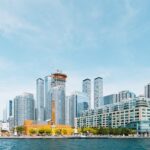