These days a dramatic thing had happened without us noticing – from inside of our walls, in our saloons and kitchens, the “things” are waging war against us and are said to be growing up in numbers on every passing day!

Not that a worldwide DDoS attack that took down giants like Amazon and Twitter could go unnoticed, only this time, the hackers found themselves allies and accomplices to their wrongdoing in the shape of a refrigerator or a light switch. It appears that an alarmingly large number of smart IoT end devices were easily hacked into and were later used for targeting and attacking servers on more than one occasion in recent times.

And who can blame “them”? today most technology companies are in a race to make their “thing” a “thing of the internet”, turning their very clever top-of-the-line standalone device into a connected “smart thing”.

But very much like in the early days of the internet, security issues are often the first to be overlooked and, in general, are considered as only secondary to the “thing itself”: putting smart products on the shelves.

People around the world should become aware of this issue and start demanding secured smart things in advance before they are welcomed into their homes.

Mindolife’s smart home system is one that was designed by security experts, taking into consideration various aspects of both security and privacy.

A smart and connected device is, by definition, also secured and monitored as part of its being connected and communicated in the first place.

As for privacy, MindoLife’s system has a unique patented mechanism that prevents hackers from obtaining any knowledge of daily life habits by observing and learning the patterns of “things”.

With MindoLife’s smart home system, you can rest assured that your things will not be involved in the next “war of the internet”, nor will it be possible for a non-authorized person to open the smart shutter of your house, take a peek inside using your webcams or knowing if there is anybody at home judging by the pattern of the motion sensors… 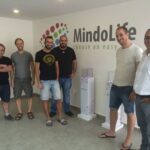 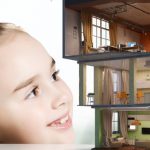